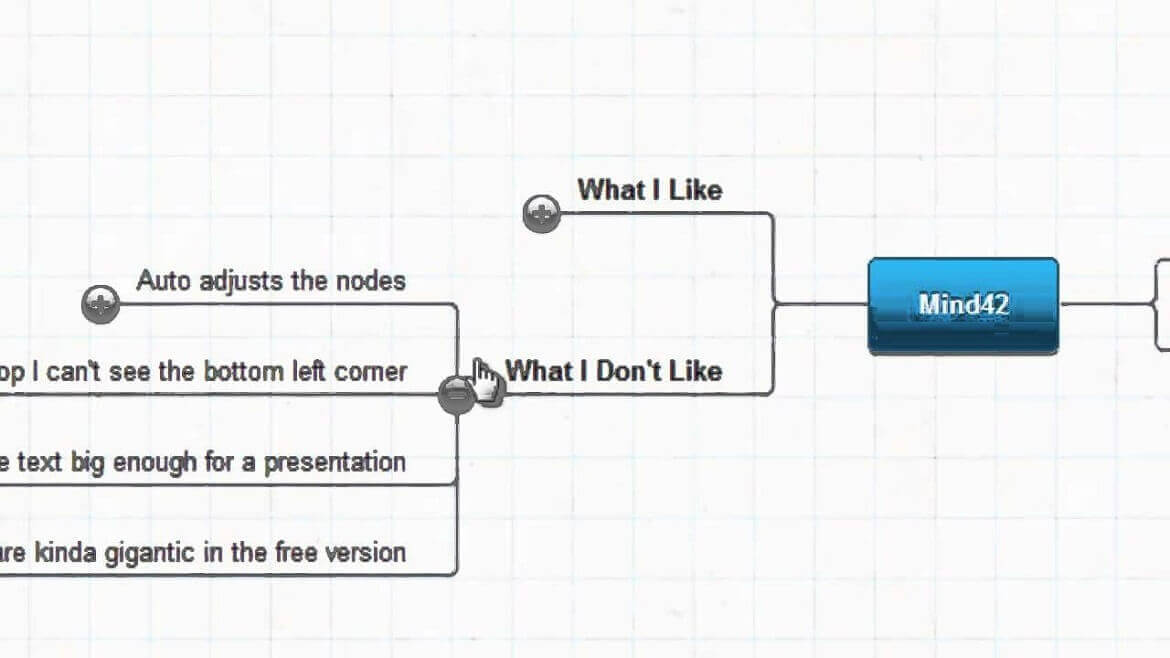 Mind 42 Web-Based Software is a free mind mapping application. It allows users to collaboratively create mind maps in order to organize ideas and projects. Unlike many other similar online applications, Mind42 is free and accessible by simply creating an account. Despite that, Mind 42 is still a powerful mind map creator. Though not as feature-rich as its paid competitors, such as Creately, it still gives the users the basic tools expected to build mind maps and has a few neat tricks.

One of them is the possibility of exporting and importing projects to and from mind mapping desktop applications such as Freemind and MindManager. This balances the problem of the lack of offline editing capability.

Another strong point of Mind 42 Web-Based Software is the capacity to add many different attributes to nodes, from icons and colors to links and text styles. This helps to differentiate the types of nodes and becomes particularly important when exchanging ideas in a collective project. It also gives the user the ability to keep their maps private, something that most of its competitors only allow in their paid versions.

One of the few glitches that we found is the fact that only the creators of a map, and not the collaborators, can restore the map to a previous revision. Overall, however, it is more than a capable tool, especially taking into account that it offers some options that many charges for.